On May 20th, in the morning Jane Carnwath was joined by the cast and crew of Balconville for a private adjudication. She was informative and managed a very educational discussion about the production staged on May 19th by the Espanola Little Theatre as part of the 2011 Theatre Ontario Festival.

Jane noted that they showed “sound integrity and vision.”

If you feel as if there might be some couples in the group, you would be correct! What fabulous teamwork on the part of the group from Espanola! 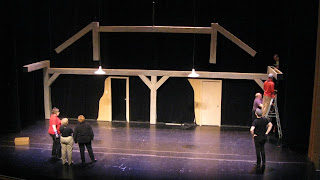 Don’t miss tonight’s performance of Tyring by Joanna McClelland Glass. The cast and crew have been busy building their set and rehearsing. This two hander co-stars Noami Ballance as Sarah Schorr and William Morrow as Judge Francis Biddle. 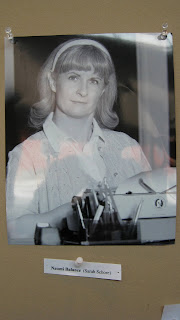 PLENTY OF TICKETS ARE STILL AVAILABLE AT JUST $25.00 EACH from the RHCPA. Walk-ins are welcome.

Previous Post: « Balconville scored a home run!
Next Post: On May 20th “Tyring” was a Triumph during the 2011 Theatre Ontario Festival »