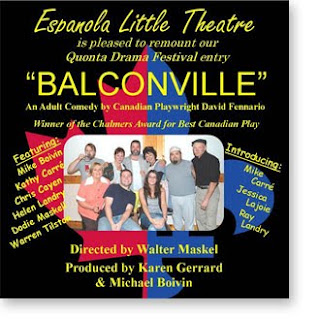 On Thursday, May 19, the QUONTA winning production of “Balconville,” is a bilingual comedy by Canadian playwright David Fennario. This play in two acts, considered to be Fennario’s best play, was first performed at the Centaur Theatre, located in the Old Stock Exchange Building in Old Montreal, in 1979. It opened to highly favourable reviews, and has been performed in Europe. It was also adapted for TV in 1984. David Fennario was born David Wiper. His pen name, “Fennario,” was given to him by a former girlfriend, and is based on the Bob Dylan song, “Pretty Peggy-O.” 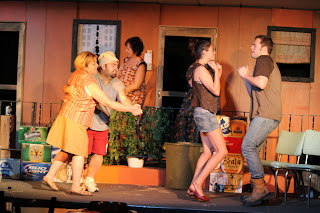 Festival Co-Chair, Sharon Dykstra describes the play: “Well, it’s set in Pointe Saint-Charles, a neighbourhood of Montreal considered an industrial slum. It takes place during a hot summer in which the Montreal Expos were playing well. Has that ever happened? What is important to note is that in the late 1970s there was a lot of language tension in Montreal. Perhaps Fennario was the first author to illustrate that not all Montreal “Anglos” were monied and that there are the same blue-collar socio-economic issues facing the “Anglos.” This play particularly struck with me because I found the juxtaposition of the grittiness with the comedy/drama both enjoyable and moving.”