April 14th was an exciting night at the ACT-CO Gala. Congratulations to ACT-CO on a well organized and well planned evening.
The Curtain Club did extremely well. See the full results on their website here. Here is a brief summary of how we did:
We had 3 shows adjudicated this year: The December Man (l’homme de decembre) by Colleen Murphy (Drama); Welfarewell by Cat Delaney (Comedy) and Willow Quartet by Joan Burrows (Drama). The Festival had a total of 10 Dramas and 21 Comedies entered into Festival.

We were awarded a total of 16 nominations and 5 wins…. Here is the breakdown!
Best Set Design Drama: Nomination and WIN for Wayne Milliner & Alice Torrance for Willow Quartet

Best Performance by a Male in a Leading Role Drama: Nomination and WIN Rob Goodale for The December Man 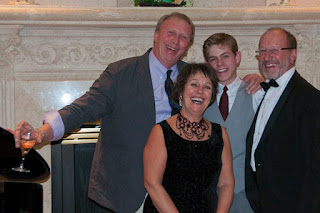 And we are thrilled to announce that our production of The December Man will be representing ACT-CO at the Theatre Ontario Festival next month in Sault Ste. Marie. Check out the Theatre Ontario Festival website.
Many of our friends from Theatre Aurora, Markham Little Theatre, Whitby, Amicus, East Side Players and many more were deservedly recognized for all their achievements as well.
Some of our members at other groups:
Lighting Design – Drama – Mary Jane Boon for All My Sons at Amicus Productions
Adjudicator Award – Character Performance WIN for John Sellens as Davey/Steve/Tommy in Bedtime Stories at Markham Little Theatre
We would also like to especially congratulate Brandon Moore on receiving the ACT-CO Lifetime Achievement Award. Well done Brandon! 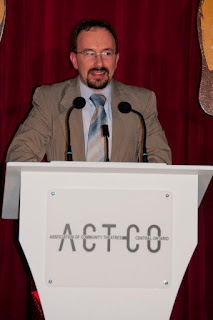 Previous Post: « The Curtain Club was honoured WITH A 2012 Business Achievement Award
Next Post: Our Chamber of Commerce video »