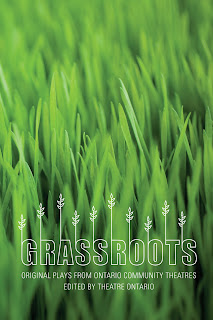 The Curtain Club is proud to announce that Joan Burrows,long-time member of The Curtain Club, resident playwright and former President will have her play Staff Room included in “Grassroots,” an anthology of plays being published by TheatreOntario and which will be released by Canada Playwright Press during the 2011 TheatreOntario Festival in Richmond Hill.

“Grassroots” will have 5 full length plays, all of which have been produced at the community theatre level. Staff Room was chosen out of 38 submissions.

Joan says “I’m thrilled to have Staff Room included in “Grassroots!” And especially excited that the anthology is being launched in the very space that gave Staff Room its first premier production. I think it speaks volumes about the entire Curtain Club whose members gave it such encouragement, support and effort to make it all possible.” 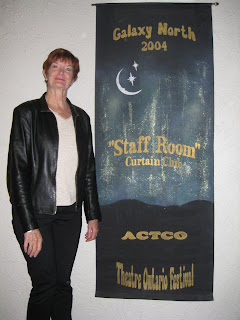 Staff Room was really well received by patrons on The Curtain Club in 2004 and was selected as the winner and represented the Association of Community Theatres – Central Ontario . It later went on to win the “Best Production” at the 2004 Theatre Ontario Festival in Sault St. Marie.

In 2006, a second production of Staff Room was mounted by Kanata Theatre and then a third by Theatre Guelph. Joan Burrows has gone on to study playwriting at Theatre Ontario Summer Courses, and is currently working on her fourth play.