The Curtain Club’s Board of Directors
Every June, the club holds elections to the board of directors at its annual general meeting, and typically, nominated volunteers hold their position for at least two years. Some clearly get the bit between their teeth and stay longer! We’re delighted at our members’ high level of commitment. Here’s an introduction to our 2019-2020 members of the board: 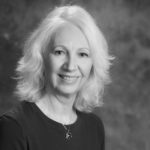 Lynda has been a member of the Curtain Club for 18 years. She has worked on many shows either as an actor or stage manager. Her very first performance on stage was as the nasty daughter in The Curious Savage and she had so much fun she never looked back. Lynda won a THEA award for best supporting actor for her multiple roles in Staff Room in 2004. As well as VP, Lynda has served as Treasurer and 2nd VP on the Board of Directors. 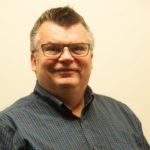 This is Wayne’s 26th year as a member of the Curtain Club.  He has designed over 30 sets for The Curtain Club as well as many other positions on other shows.  He even got talked into acting – once – in Marvin’s Room in 2004.  Wayne has served on the board previously as Membership Secretary and Public Relations Manager. As well as VP, Wayne is the Box Office Manager.

2nd Vice President, Darlene DeCaire
A member since 2014, Darlene has volunteered as set painter, set designer, properties manager, assistant producer, and is always willing to lend a hand wherever needed. Also, as General Meeting Convenor, she provides finger foods and refreshments for our members enjoyment at our general meetings. She looks forward to embracing new challenges at the club in the future.

This is Clara’s first year as a member of The Curtain Club Theatre. She joined in December 2018 and has been involved in several shows as the social media manager. She continues to do so in addition to her new role as the PR manager. Clara’s passions include singing and travelling. You can always find her posting videos of herself singing and taking pictures in a new country. 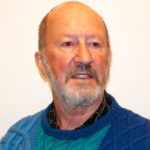 Brian and his wife Carol have been members since 1969, He originally joined to act but moved into the directorial role and has since directed 43 productions. When not in the theatre he enjoys gardening, photography cooking and travel. 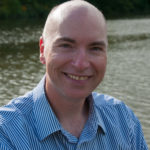 Cam first joined the Curtain Club in 1987 and has been on the scenes ever since. He started helping out operating lights and sound in the booth, along with painting sets. Eventually he ended up on stage and over time has served in different roles on the board of directors. He currently helps run the box office, and the Curtain Club is certainly his home away from home. 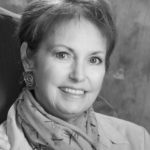 Phyllis’s interest in community theatre awakened at The Blackhorse Theatre, near Tottenham, Ont., and continued with her move to Richmond Hill in 2010. While reaching out for a community theatre connection, she met member and costume designer Suzanne Stoner, who led Phyllis to The Curtain Club. “It was an immediate fit.” She has had the pleasure of acquiring the skills to do everything from painting to producing with a little acting in the middle. 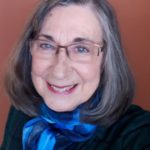 Alice began working behind the scenes in 1994 painting sets and making props. In 1997 she designed her first set “Happily Ever After” and costumes that same season for “Out of Sight, Out of Murder”. She has continued to paint and design, and serves as Properties Co-ordinator. During her membership at the club Alice has served on the board as Public Relations Officer, & Membership Secretary.