On May 19th in the morning the adjudications (private) for SUDS was held at The Curtain Club. 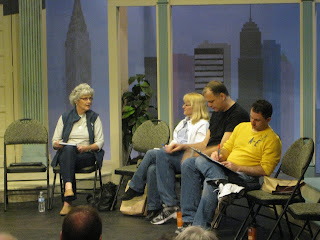 The three female cast members — Heather, Heather and Donna were joined on stage by Jane Carnwath (the adjudicator) as well as the two producers of SUDS and the set designer for SUDS. 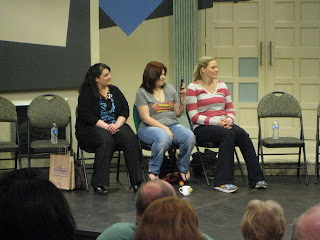 Jane commented that the written musical itself reads as “nothing” special but that the cast and crew, especially with the leadership of the director, the musical directors and choreographer, “succeeded” in getting the audience to “come along” for something fun.